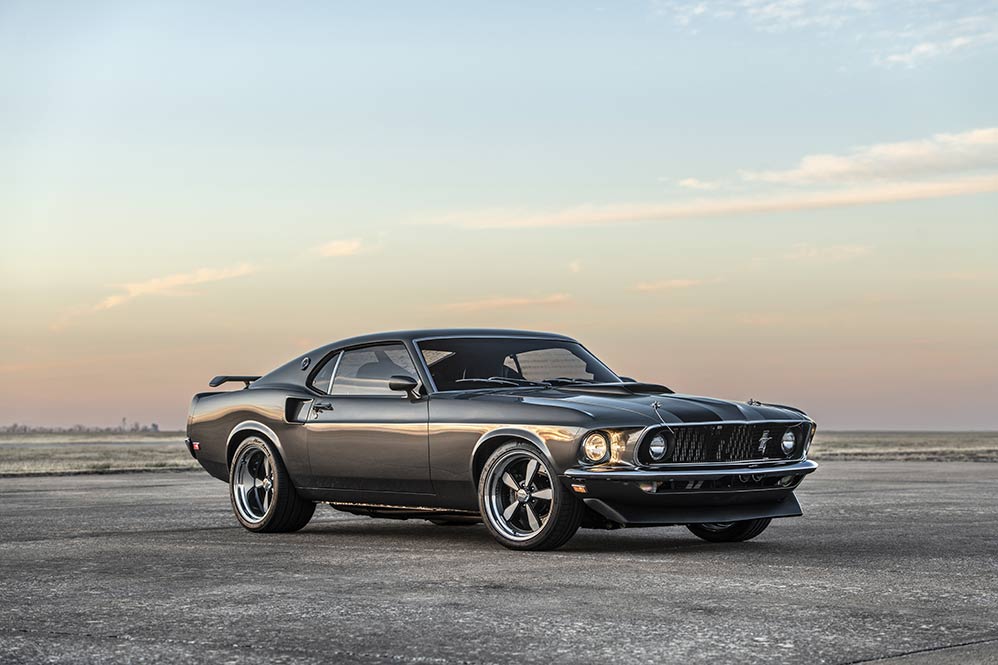 We’ve always been a massive fan of the team over a Classic Recreations having covered their builds over the years, hell, we even bought some gauges from them. This time though the Oklahoman-based builders have added another movie star to their stable with the 1969 MACH1 Mustang Keanu Reeves drove in the much loved John Wick series.

The workshop has been officially licensed by Ford Motor Company to build the first ever turn-key versions of the 1969-1970 Mach 1 Mustangs with each vehicle being built to customer specifications using the latest chassis and drivetrain technology paired with new Ford-licensed reproduction parts – giving owners the opportunity to own and drive the most iconic muscle cars ever built, updated to run and drive like modern supercars.

Mustangs will be built from an original 1969 or 1970 Mustang body, though customers can opt for a brand-new body licensed by Ford, and will come equipped with Ford performance crate engines featuring updated valvetrain and cutting-edge EFI and engine management systems

The car comes at a price though with a base version setting you back a cool $169,000 USD. If you have some cash burning a hole in your pocket and you just want to live out your John Wick fantasies then head on over to Classic Recreations for more information.

Be the first to reply